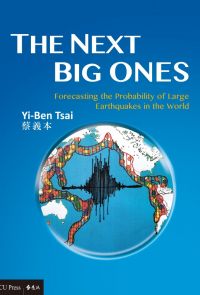 The primary purpose of this book is to present quantitative forecasting of the mid-term probability of large earthquakes both globally and over various regions of the world. The author used the novel seismic activity regression formula to calculate the probability of an earthquake, in the global and major seismic zones, with any given magnitude at any given time since the most recent earthquake of the same magnit
更多內容

Professor Tsai was born in a poor farming family of nine children in Taiwan.

With an unwavering belief in the importance of education, Professor Tsai earned a degree in Electrical Engineering from National Taiwan University in 1962.

After losing two sisters due to flash floods caused by a typhoon in 1959, Professor Tsai turned his efforts to mitigating the effects of natural disasters.

In 1965, Professor Tsai graduated from National Central University in Taiwan with a Master’s Degree in Geophysi
更多內容